Evolution of a Cover

Friday was the official reveal of the cover for Resistance. It was something I’d been looking forward to for about the last two years. I’m the kind of person who starts putting a cover together very shortly after starting a book. It’s kind of motivation for me to see how it will look when it’s finished. Resistance was no different. I thought it would be fun to go through the transformation from original idea to finished cover. 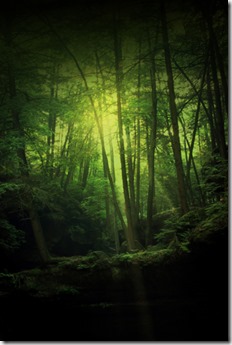 It all started with this background image. I can’t remember exactly when I stumbled across it. It was before I ever had the idea for Ilyon Chronicles. I spend a lot of time on stock photo websites, so when I saw this image, immediately my mind said book cover, and I tucked it away for future use. That future use ended up being Resistance. As you can see from this blog and on the main website (as well as my author website and blog), I’ve utilized it for more than just the cover. It’s kind of become the main image of the whole series. It fits the story perfectly because much of it takes place in the forest. 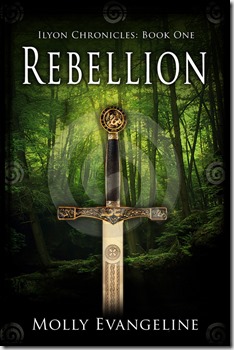 Then came my next idea, to add a sword to the cover. And, as you can see, Resistance wasn’t always the title. It started out as Rebellion. It’s kind of a long story, but a few months into writing, I realized that title didn’t fit. (I have a blog post started on how that happened that I’ll post on Wednesday.) I was a little stubborn about it at first because I thought Rebellion looked cooler than Resistance, but it had to be changed. You can also see this was before my new pen name came into being. One of the things I wanted for the covers of this series was for them to be simple, but bold. This was the first time I didn’t purchase a decorative font to use. I just loved this simple, all caps look from the beginning and it never changed. 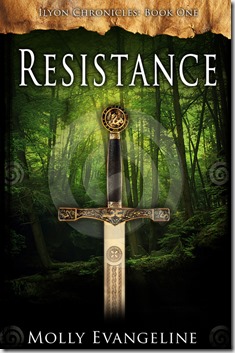 As much as I liked the dark simplicity of the previous cover with just the black, green, and white with the sword, as I worked on the other covers in the series, I knew I needed something to tie them all together. So I added the torn paper. It seemed appropriate for a fantasy series and really did give them that one aspect that connects them all. 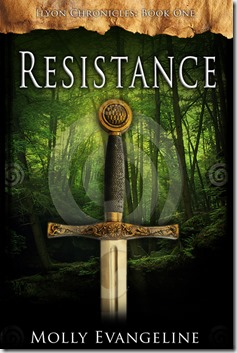 For the next transformation, the cover gained a different sword image because I was never quite satisfied with the previous one. I particularly liked this one because of it’s black and gold colors, which play a major part in the series. I also started playing around with the font effects, adding a bevel to it. I was more or less satisfied with this design for a long time, but I like to fiddle which led to… 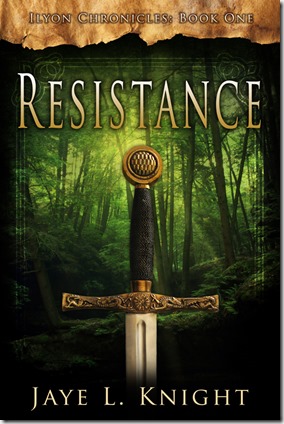 The final design. As you can see, I did something completely different than the white I had used for the title all along, and I love it so much better. I also added the frame in the background, which is another piece that will show up on all six covers and tie the series together. Now I’m far more than satisfied, I’m thrilled. It’s definitely my favorite of all my covers so far, and was so much fun to put together. The colors and everything about it just came together so well and fit the story of this book perfectly. And the cover creation of a book is much more than just the front. Below you can see the full paperback cover layout. 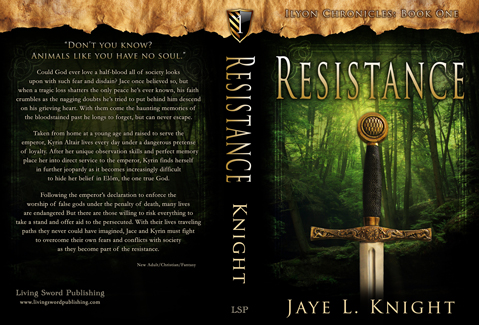 One of my favorite aspects of the full layout is the shield for the book number on the spine. Again, there’s the black and gold that is so prevalent in the series. And I behind the text is the forest image from the front. All six books will have the same background on the back cover with the color tweaked to match whichever image is on the front. I like it as sort of a reminder of where it all started. It’s pretty cool as a cover designer to go from a single image to a full cover design like this.