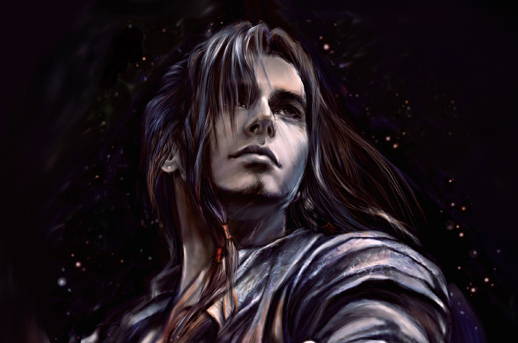 History: Talas is a young crete from the Fox Clan, one of the crete peoples’ twelve different clans. He comes from a large family with two brothers and four sisters. While most cretes are rather aloof when it comes to outsiders, Talas is unusually friendly and outgoing. He’s a very skilled dragon rider and warrior among his people.

Author’s Notes: Talas is one of those characters I really didn’t know when I started writing him, but he completely came to life on the page and took over. By the end of his introduction chapter, I was totally in love with his character. He’s such a fun character. He’s got this infectious grin and air of mischief about him. You can’t help but love him. In a sense, he’s the go-between for the cretes and the rest of the characters who begin working together. As he puts it, he’s there to “smooth any ruffled feathers.”

Another thing I loved to write was the contrast between him and his cousin, Leetra. She’s like his exact opposite, so it’s fun to play with the differences between them. Talas is basically the charming, fun guy everyone would love to have in their group of friends. And he may be fun-loving and perhaps even a bit reckless (which is typical among the cretes), but he’s a very compassionate and caring individual and would be quick to have your back in a sticky situation.
Posted by Jaye L. Knight at 10:55 AM