Last week I talked a little about Aaron’s character and how he came to be part of Ilyon Chronicles. Today I’m going to switch gears a tiny bit and talk about one of my villains—Davira. Just writing her name kind of gives me the creeps. She’s definitely the creepiest villain I’ve ever written about. She’s just so cold . . . and, well, evil. So where did she come from? You might be surprised to learn that she wasn’t originally part of the series. Like Kaden, she didn’t even exist when I started writing Resistance. I first started Resistance in June of 2011. Davira didn’t come to be until February 8, 2012. Yeah, that’s quite a while. The series looked quite a bit different before that.

So how did it happen? The night of February 8th, I was going through one of my character folders on the computer. I don’t know who I was looking for. I suppose it was just for inspiration. That’s when I came across this picture I had saved. 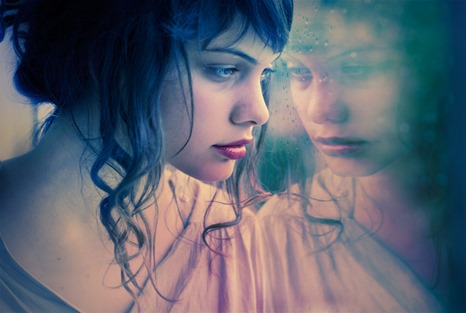 There was just something about it that made me pause and started the wheels turning in my head. All these what if questions flooded my mind. Here are the notes I wrote the next morning.

-February 9, 2012-
I had this highly fascinating idea last night when I came upon this picture I had saved. What if Daican has a daughter? I have all kinds of ideas for her, and let me tell you, she’s a nasty piece of work.

Since then, she has become a very important piece of the series’ storyline. It might not seem like it now, but her role in the story does grow as the series progresses.

I find it amazing how important both Davira and Kaden are to the story when I didn’t even know about them in the beginning. That’s what I love so much about writing this series—seeing how God has given me prompts and inspiration and guided this story into what it has become. I never imagined what it would actually grow into when I started writing those first words of Resistance.

So that’s the story behind Davira. Next week I’ll be sharing a special post on how I was inspired to write Ilyon Chronicles in the first place. If you haven’t been keeping up on the celebration this month, you can find out all the information here. And don’t forget to enter the giveaway!