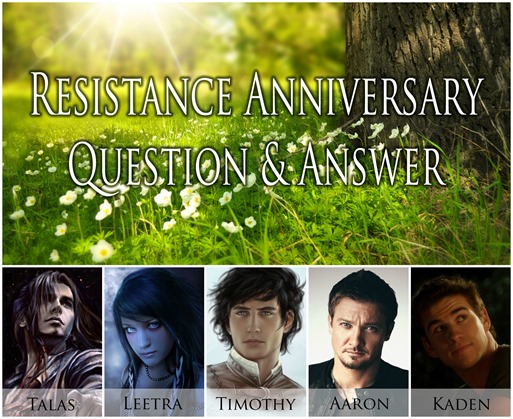 I get up from the blanket and walk toward the dragons that have just landed. “Welcome,” I say as Talas, Leetra, Timothy, and Aaron dismount. “I’m so glad you could make it since you weren’t part of this last time.”

“Happy to be here,” Talas replies with a grin.

I laugh. “You are much more enthusiastic about this than the others. Just wait until we get to the questions.”

“Hopefully you’ll still feel that way once we’re finished. I don’t think you realize how . . . probing these girls can be with their questions.” I glance at Leetra. She doesn’t look nearly as relaxed. I have a feeling getting answers from her will be like pulling teeth.

I lead them to the blankets where they greet the others.

“Help yourself to the food,” I tell them.

Talas glances into one of the baskets. “Wow, there’s actually some left.” He gives Kaden a teasing look.

“Right then, let’s get back to the questions.” I look at Talas. “Since you’re so eager, why don’t we start with you?”

He gives me a ready smile.

“Stargazer wants to know how old you are.”

“She also wants to know if crete time moves differently that humans.”

“No, it moves the same. Cretes just mature in a shorter time than humans do.”

“This isn’t one of the questions, but what age would you say you matured?”

“About seventeen or eighteen. That’s when most cretes are to be considered adults. Basically, in human terms, fifteen to sixteen for cretes is about eighteen and seventeen to eighteen is about twenty-one.” He grins. “I’m not sure my older siblings would say I’ve finished maturing yet, however.”

“I take it that it’s your unusually friendly disposition.”

“Probably. They don’t think our grandfather is particularly mature either.”

She gives me a cool look.

“Tamara wants to know what your family is like.”

Her face softens a little at the mention of family. “I have six younger siblings, so we have a pretty full house.”

“I imagine that can get pretty chaotic.”

“Yes, but that’s pretty normal for cretes. I wouldn’t trade i 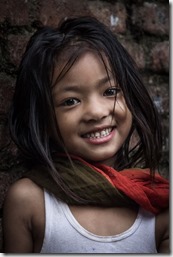 “I actually have a picture of your youngest sister. Mia, right?”

Leetra nods with a bit of a smile.

“Speaking of families . . .” I turn my attention back to Talas. “You have six siblings as well, but you’re right in the middle.”

“Kendra really wants to know about your youngest sister—what her name is, how old she is, and anything else you can share. She thinks she’ll be important in the story later on.”

“Ah, Kendra is fishing for information.” He chuckles. “Well, let’s see what I can share. My youngest sister is named Trenna and she’s fifteen. We’re quite a lot alike. I’d probably say I’m closest to her out of all my siblings.”

Leetra gives him a look. “Are you saying other cretes can’t be fun and friendly?”

“No . . . but some of you take yourselves too seriously.”

She rolls her eyes, and he just grins.

“Amanda wants to know what your favorite verse is in the King’s Scrolls?”

“The Lord also will be a stronghold for the oppressed, A stronghold in times of trouble; And those who know Your name will put their trust in You, For You, O Lord, have not forsaken those who seek You. After everything that has happened in my life, it is good to be reminded of the strength and protection we can find in Elôm.”

“And is that the verse you turn to when you’re at your lowest?”

“Kendra is curious why you were the one who took over writing the letters instead of Aaron or Josan.”

“I guess, when my father died, I felt a calling for it. And I felt as though it were a way I could be closer to him, carrying on his work.” He smiles faintly.

I can see how much he misses and loved his father. “Do you have a favorite memory of him?”

His smile widens. “I think it would be hard to choose just one memory. I cherish all of them. But I think some of my favorite times is when he would teach me from the Scrolls in the evenings when he’d come home from work. Those were special times and really shaped me into who I am.”

I look over at Aaron. “Do you understand the Scrolls as Timothy?”

Aaron smiles and shakes his head. “I don’t think there are many who have his understanding. I think it’s a gift of his and why our father was so intent on teaching him.”

Everyone agrees with Aaron’s assessment, and Timothy looks down modestly. I know such praise makes him uncomfortable, so I change the subject. “Timothy, do you have any happy childhood memories you wouldn’t mind sharing.”

He looks up, a little sparkle in his brown eyes as he remembers back. “Any time my father, Aaron, Josan, and I could all be together were good times. All three of them worked so much that the times we were all home at once were rare. By the time I was five, Aaron already had a job in the mines. I do have very fond memories of when Aaron took me out hunting the first few times and tried to teach me how to shoot a bow. I never did get the hang of it, but they are happy memories.”

“Who would you say is the most important person in your life besides Elôm?”

“Aaron,” he answers with a glance at his brother. “Other than Elôm and Josan, he has sacrificed more than anything for me.”

“He’s a great brother.” I give Aaron a smile and then look back to my notes. “All right, here’s a question from Erika for everyone, though Talas or Leetra are probably the best ones to answer it. She wants to know more about dragons. What shape are their heads? How large are their heads? How long are their necks? How large are they compared to a person? Do they have any spikes? Are their scales rough or smooth? Do their faces show personality or are they more animal-like?”

Talas and Leetra look at each other, and then Talas speaks up. “Well, their heads are . . . ovalish. I know a lot of dragons in stories have longer, narrower heads, but Ilyon dragons aren’t quite like that. They’re shorter and rounder. They’re about the same size as a horse’s head, though not as long. As for their necks, they’re about four to five feet long, depending on the size of the dragon. Ilyon dragons are just a bit larger than horses, comparable to a large draft horse. They don’t have spikes, but they do have two horns on their heads, and they’re scales are smooth. Their faces do show personality in ways, much like a dog, I suppose, even though cretes don’t have much experience with dogs. I wouldn’t say there at all human-like, but I can tell if my dragon, Storm, is miffed with me just by how she looks at me.”

I have a good laugh over this. “I can just imagine. Dragons really are quite fun. So what is your favorite thing about flying.”

He glances at Kaden who nods his agreement. Talas then shrugs. “I guess just the freedom of it. You can pretty much go anywhere with a dragon.”

“Yeah, I sure wish we had dragons in my world,” I say. “It would make travel so much easier.” I glance at my question cards and smile to myself before looking at Talas again. “Serena wants to know if there’s a special girl in your life.”

Kaden elbows him. “Finally, you get one of these questions.”

Talas grins charmingly. “That would be a no. I haven’t met the right girl yet.”

I’d volunteer, but that would just be weird. “Well, I’m sure you’ll find her one of these days.”